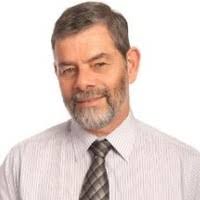 Last Monday, I was privileged to be part of a UDIA seminar in Brisbane where Ian Walker, Assistant Minister for Planning Reform + 3 departmental officers explained some of the changes coming up in the planning arena in coming months.

Minister Walker outlined some of the changes that were included in the SPOLA legislation passed by State Parliament last week. These included further reductions in the level of referrals (now expected to be reduced by about 30%). The State Planning Regulatory Provisions are under review, but no changes to the SEQ Regional Plan are intended before a formal review starting next year. State was looking at some 8-10 new Preferred Development Areas (none were specified but there has been some talk that Southport could be one).

James Coutts explained the changes to the State Planning Provisions which were to be compressed from 14 to 1 with some additional guidelines attached for smaller Councils who did not have significant planning resources to implement the new Provision. The Department has set March 13, 2013 as its deadline.

Julie Saunders spent quite a bit of time talking about the change to a single Referral Agency when any state agency is triggered, being DSDIP Department, who will circulate documents to all required referral agencies (so an applicant will not be caught by or guilty of missed referrals). DSDIP will co-ordinate a single response for the applicant that will express the “State’s position”. Documents will be lodged electronically. Details of fees are yet to be worked out. The other element that they are wanting to resolve is mapping accuracy as well. Timing for implementation is March 2013, but most felt that to be overly optimistic.

Paul Eagles talked about the roll back of the Coastal Plan regulations to pre-January 2012. SPP 3/11 is suspended for, I think, 6 months, when the new overall SPP will be in place. Part 2 of the current policy has not been suspended and still is to be complied with. I will write some further information on that in the near future.

Overall it was an encouraging status report with lots of positive change being rolled out to simplify the development assessment process.